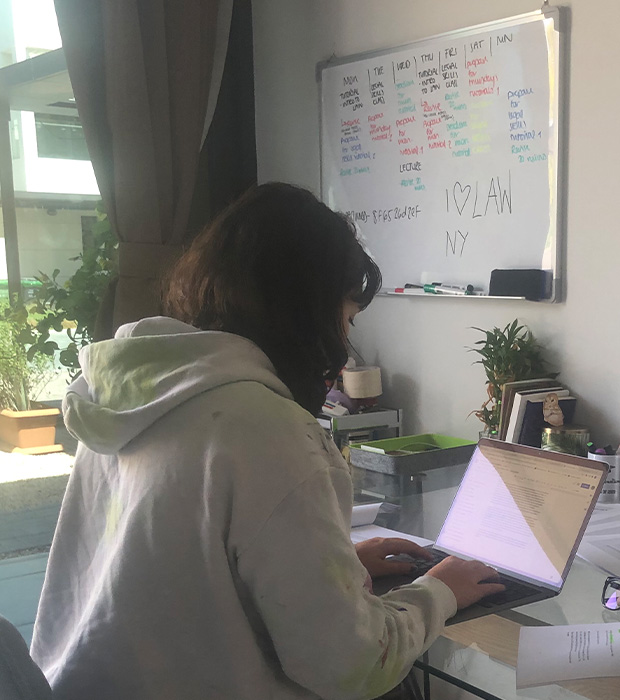 University so far has been confusing, awkward, interesting and confusing (if I haven't already said that). I've found that, if we say A-level teachers don't 'spoon feed you', university has completely taken that spoon away!

Currently, I'm studying European Law at 'Maastricht University' but I've been doing classes online as I am still in Dubai. I've found it so interesting looking at the different areas of Law and comparing the different European jurisdictions, as my course focuses on comparative law rather than a specific country's law. What I've found most surprising are the similarities I have been able to draw between my A-levels and the course, even though I did Art, English Literature and Drama. There have been quite a few references to religious scriptures, similar to what we looked at whilst studying Metaphysical poetry, and the moral obligations we have in society (similar to the books I got to study), in addition to all the reading I've been doing! Political, historical and social contexts I need to understand and acknowledge have already been rooted in the specific topics I've looked at in both Art and Drama. Adding onto this, I plan on joining the Drama club when I go to Maastricht in December, as there are different productions all directed by professional directors! For now, I hope to join the events committee online.

Although most of my university is online so far, I've found that because of that we have formed more of a community where we all help each other, which has been a positive in a world where positive results are, well, negative...